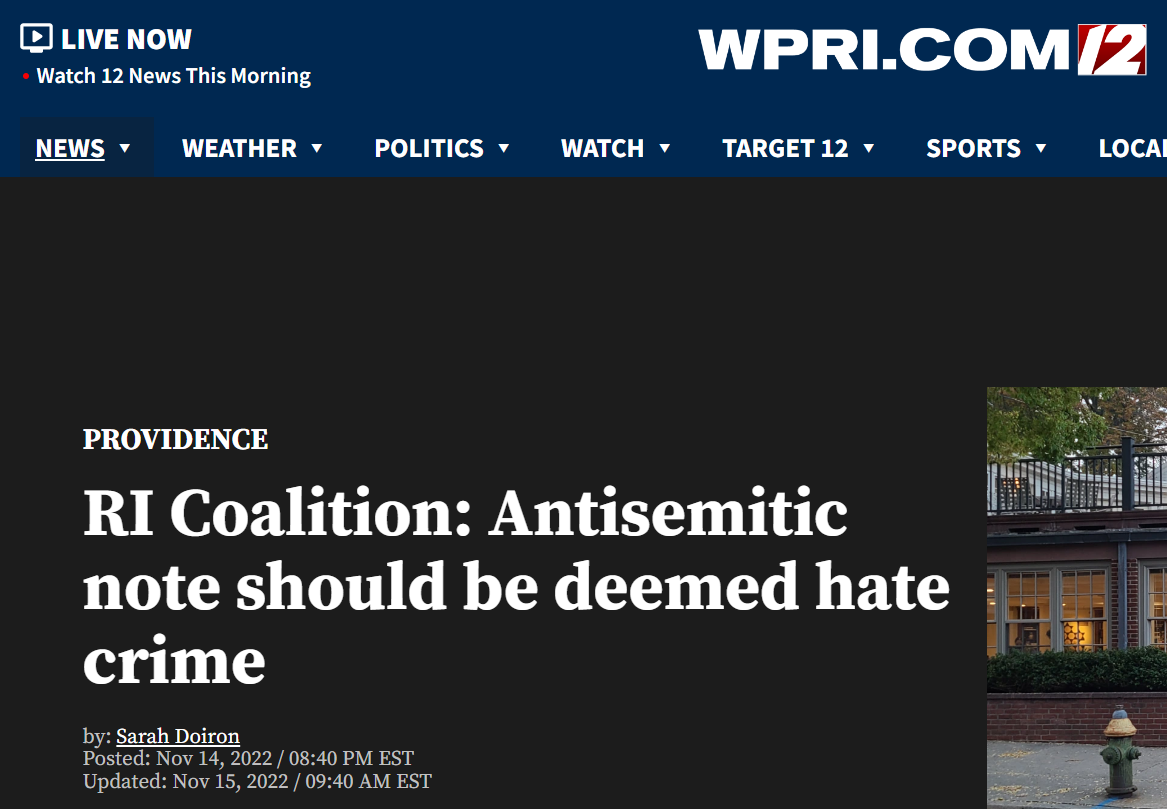 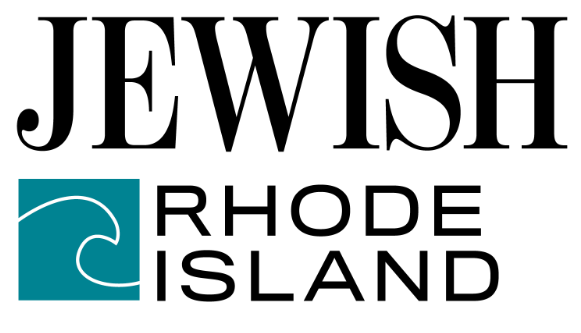 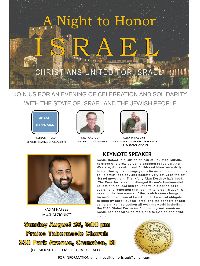 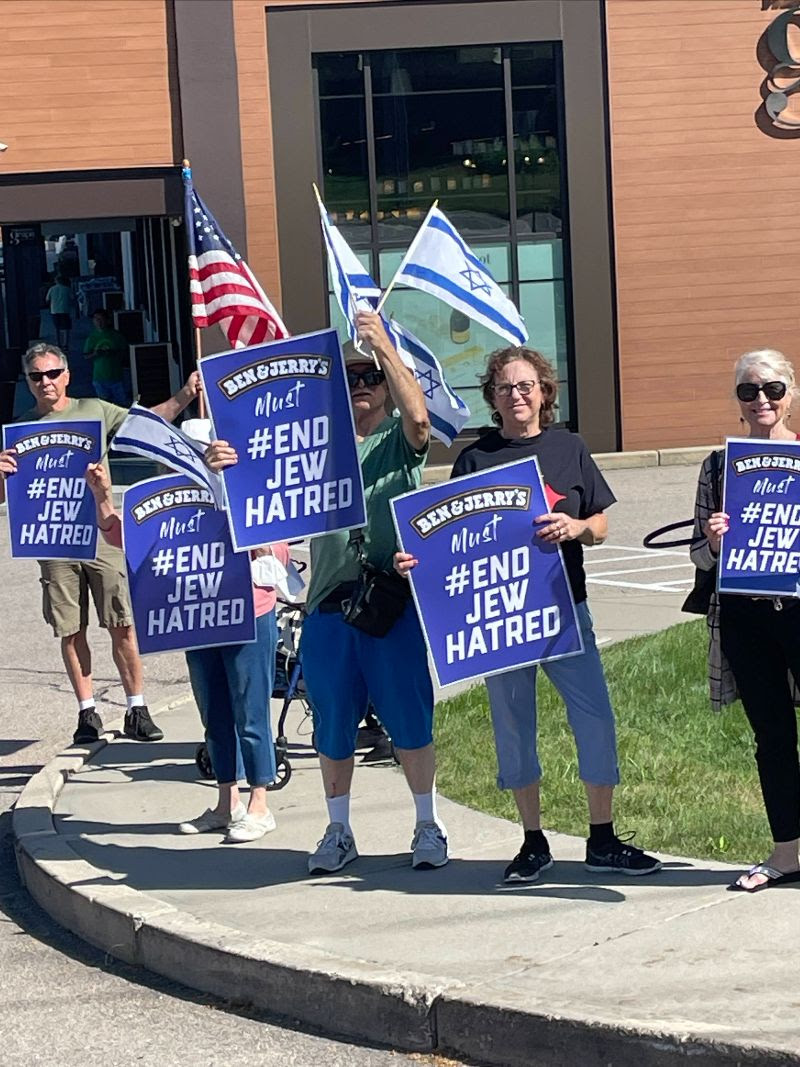 From ice-cream to Ukraine, Taiwan and Israel, evil can be defeated provided it is fought. Read here. 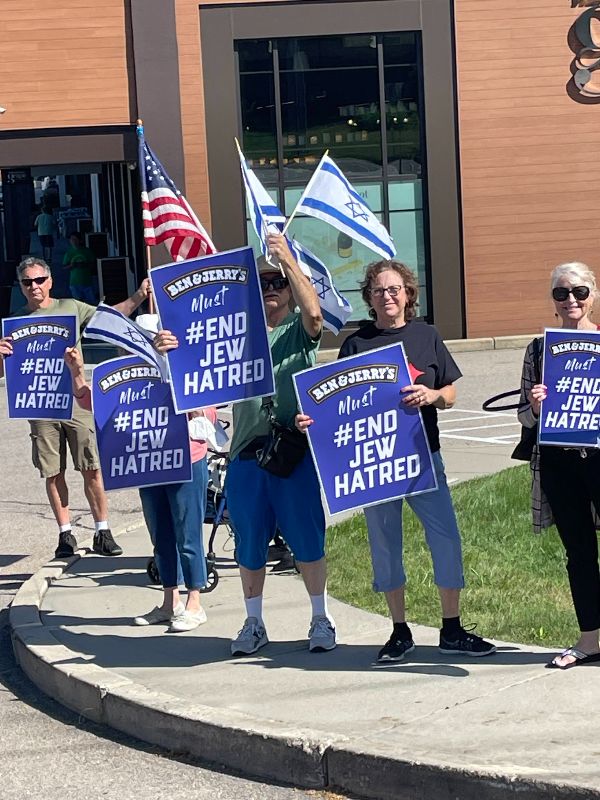 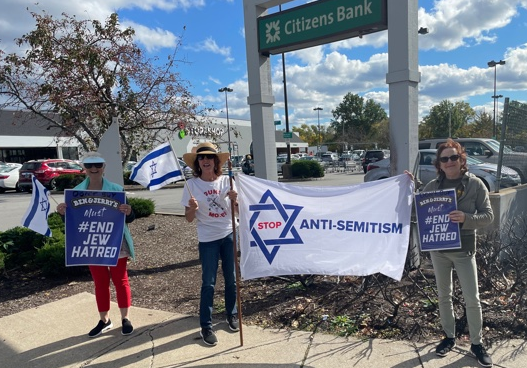 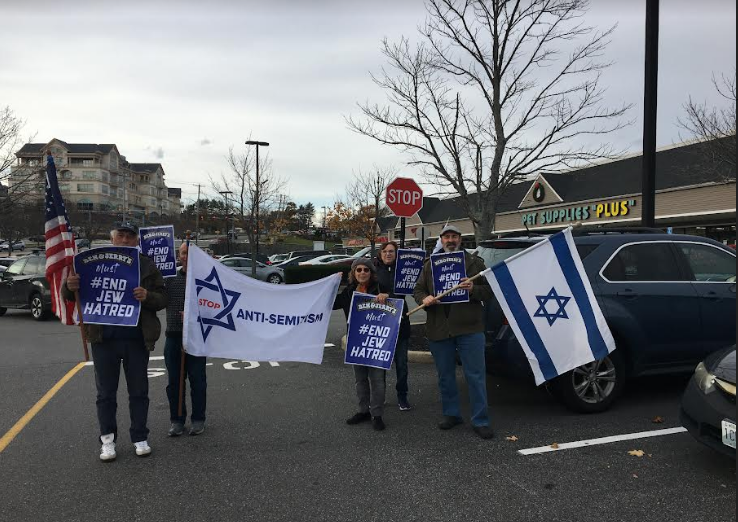 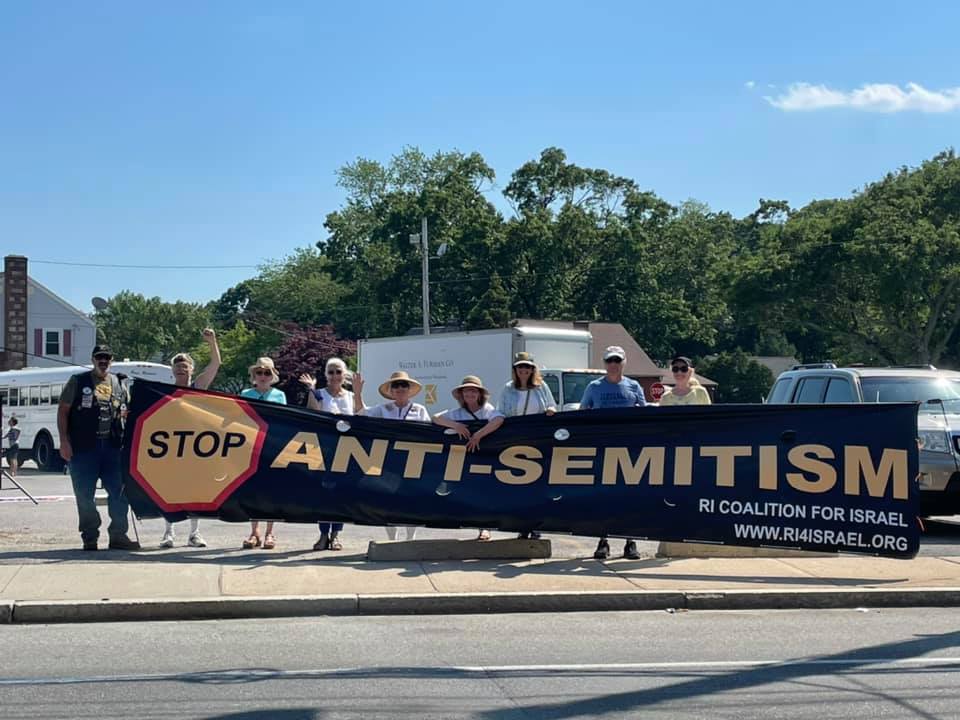 Where no other RI organization feared to tread! RICI's June 6 statewide rally in support of Israel and against Jew-hatred following the May 2021 Gaza war Keynote speakers: Rabbi Barry Dolinger, President, RI Board of Rabbis - Pastor Alan Pangburn, Praise Tabernacle Church
WATCH: JEW-HATRED IN RHODE ISLAND May 21, 2021: Abdul-Latif Sackor, Imam of the Islamic Center of Rhode Island equates Israel to Hitler, Stalin and South African apartheid, to 300 members of the RI for Palestine Coalition at Burnside Park, Providence
WATCH: October 20, 2020 downtown Providence The "DEADLY EXCHANGE LIE that Israel and Jews are responsible for US police brutality against minorities
Alan Dershowitz on Black Lives Metter: "...we must not become complicit in the promotion of antisemitism just because we agree with the rest of the Black Lives Matter program.

To support an organization or movement that promotes antisemitism because it also supports good causes is the beginning of the road to accepting racism. Many racist groups have also promoted causes that deserve support. The Black Panthers had breakfast programs for inner-city children, while advocating violence against whites. And the Ku Klux Klan organized summer camps for working-class families, while advocating violence against blacks.

There must be zero tolerance for antisemitism, regardless of the race, religion, gender or sexual orientation of the bigots who promote, practice or are complicit with it. Being on the right side of one racial issue does not give one a license to be on the wrong side of the oldest bigotry.

To give Black Lives Matter a pass on its anti-Jewish bigotry would be to engage in racism. Black antisemitism is as inexcusable as white antisemitism or white racism. There can be no double standard when it comes to bigotry."